Dendrites: The Start of a Neuroscientific Revolution

New research has shown that dendrites are much more than just passive conductors. Dendrites generate their own electrical signals. This information can be starting point of an entire neuroscientific revolution. 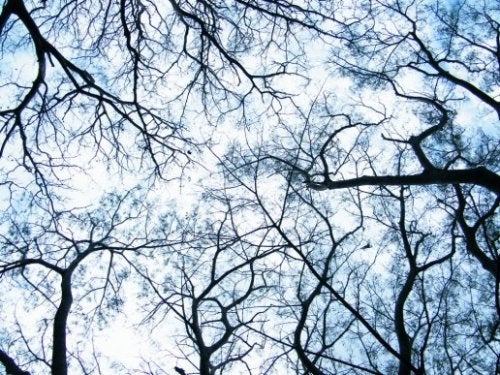 For many years, neuroscience has used different tools to try to ‘listen’ to the conversations between neurons. Just as linguists try to decipher alien languages, scientists try to decode neuronal firing patterns. In this regard, it seems that dendrites have become very important in neuroscience.

The latest research has shown that neuroscience has only been scratching the surface of brain capacity. UCLA discovered a hidden layer of neuronal communication through dendrites. This means that the brain’s capacity could be up to 100 times greater than what we previously believed.

This discovery can change the foundations of conventional neuroscience. Until a few months ago, neuroscience was founded on the belief that dendrites were passive wiring. Scientists believed that they only carried electrical signals to the cell body, also called the soma. But this research showed that dendrites are much more than just passive conductors. They generate electrical signals in peaks that are five times bigger and more frequent than neurons’.

What does this discovery mean?

Among other things, it’s possible that learning occurs at the dendrite level instead of in the soma.

Conventional neuroscience has argued that the electrical signals cell bodies emit are the foundations of our cognitive abilities. However, now we know that dendrites don’t have a passive function. In fact, they also emit their own electrical signals.

Researchers also discovered that dendrites are intelligent. In other words, they’re able to adapt their electrical signals over time. So far, scientists have only observed this type of plasticity in neuronal bodies. This suggests that dendrites could learn by themselves.

Since dendrites are much more active than cell bodies, we can begin to suspect that a lot of the information generated in a neuron is at a dendrite level. That is, dendrites can act as a computing unit and process their information. It’s an independence we didn’t suspect.

“It’s like suddenly discovering that cables leading to your computer’s CPU can also process information—utterly bizarre, and somewhat controversial.”

Dr. Mayank R. Mehta’s research team devised a system to place electrodes near rat dendrites. This system allows them to capture electrical signals from the animal during the time they’re awake and performing their daily activities, as well as when they’re asleep. They were able to listen to the electrical activity of dendrites during four consecutive days.

The scientists implanted the electrodes in the posterior parietal cortex. They concluded that when the animals slept, the electrical signals resembled irregular waves. They detected peaks in each of the waves.

In other words, while the rats slept, the dendrites communicated. They did so with electrical pulses that were up to five times faster than those of the cell bodies. When they were awake, the firing pattern rate was ten times faster.

Dendrites and the here and now

Another shocking thing the researchers discovered during this investigation was the type of signal that the dendrites emitted. The dendrite’s electrical signals could be digital, but they also showed large fluctuations, almost twice as large as the spinal cord itself. This means that dendrites show analog computing activity. This is something that scientists hadn’t seen before in any neuronal activity pattern.

What this type of dendrite emission is calculating seems to be related to time and space. By observing the rats in a maze, the researchers were able to distinguish two types of signals. One came from the cell body, in the form of a spike, as an anticipation of a behavior. In this case, it was just before turning a corner. Meanwhile, the dendrites emitted their signals just when the animal turned the corner.

Executive Functions: The Brain’s Mental Abilities
Executive functions are complex cognitive processes. They're mental activities that we use to relate to our environment, work, create, and control time. Read more »
Link copied!
Interesting Articles
Culture
4 Values That Govern Our Lives But Make Us Unhappy

Culture
The Seven Keys to Maintaining Your Energy

Energy is that vital strength that depends both on our physical and emotional state. It's not easy to maintain energy…