Being Instead of Appearing 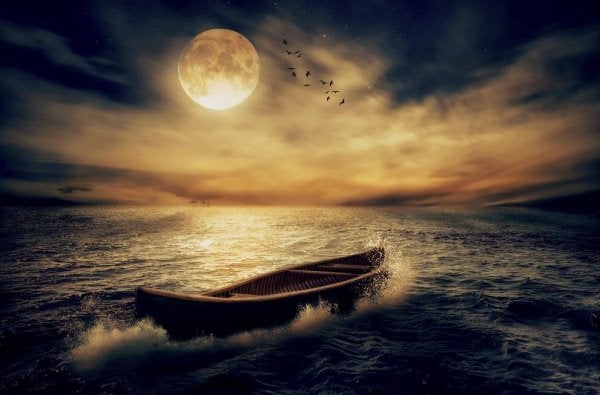 In the world in which we’re living, we are continuously assaulted by excessive communication and a systematic glorification of the ego.

Everyone wants to have a great theory about everything, any act of kindness or altruism is reflected in social media or on some internet outlet; as if kindness and a civic attitude should be publicly recognized, as if keeping it to one’s self would be unthinkable.

Countless sports, art and political professionals are showing more and more interest in demonstrating charisma, the gaining of followers, and their public relevance.

A few centuries ago, the Greeks desire for immortality was understood as performing a heroic action that would transcend all of time. But they were interested in the action in itself, and their ego wasn’t fed until their legitimate value was recognized for having developed an intellectual or strategic activity that deserved such a response.

Nowadays, everyone is concerned with public recognition, for their thoughts, actions, and other normal processes in a human’s life (the most amazing wedding, the cutest pregnancy, the most delicious-looking dinner). They’re concerned about a load of friends and followers who would never show up to talk to you about something private or serious.

“Be yourself; everyone else is already taken.”
― Oscar Wilde

Happiness is said not be real unless it’s shared, but in today’s world, we are constantly sharing our moments with others and interestingly enough, we seem to have less true happiness. We’re losing out on good conversation that doesn’t involve talking about your achievements or heroic acts, but instead a loving intimacy with secrets from the heart, an intimacy so beautiful it can only be shared with a few.

Some people are overwhelmed by all of the false appearances, by the egos, by telling people what they want to hear and opt for a disused art: the art of insignificance. It’s not forced insignificance, but there are simply people that get to a point in their lives when they’re tired of impressing others and being impressed.

They choose to experience joy without the anxiety of wishing to be somewhere else, at some other point in time; they want to grow, read, watch movies that aren’t necessarily recommended, and have their own traditions filled with elegance and strength. In short, they care about being, not appearing.

They’re the kind of people we don’t often find; who when we’re with them, we don’t need to share our pasts with because the experience is so intense that there isn’t enough time or interest to show it to others. The gallery doesn’t seem attractive to them.

They just keep looking at you more and more insightfully, distrusting any halo of “perfection” that may appear to surround you. They like to listen, and think. The amazing author Milan Kundera, has explored the pleasure of “insignificance” in her writings. She discusses tranquility, calm, and the lightness of the being, and her works are recommended reading for anyone who feels overwhelmed by the overdose of information.

There may only be a few of you, but you will find peace and calm, and great fun in keeping your life a little more private, and knowing that your persona hasn’t totally lost it’s essence when faced with an intense insistence to contemplate other people’s egos.

Keep some things to yourself, so that when that one and one relationship that you so strongly crave is lacking magic and mystery, and you’ve offered everything else and ended up with nothing, you still have a few tricks up your sleeve.

Wellness
Whatever You Do, Do It with Passion

If you love something do it with passion. If you work, make sure it's in something you're passionate about,  if you…

Wellness
Living in the Country: A Healthy Option

For at least a decade, many people have considered the idea of living in the country. One of the big…

Perhaps we all know what happiness is, but defining it takes work. What is happiness? What is it made up…