What is the Horn Effect?

Although you may not have heard of the horn effect, you've probably experienced it at some point in your life. The horn effect, similar to the halo effect, is when you make assumptions about someone based on very limited information. Read on to learn more about this effect and what you can do to avoid its negative consequences. 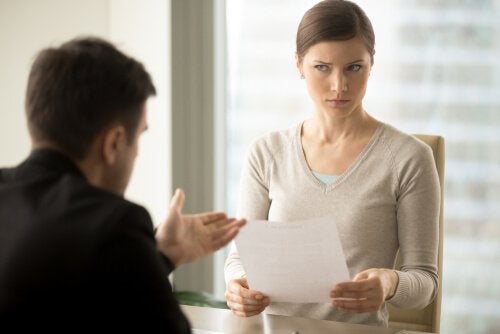 The horn effect plays an important role in the hiring process. It could lead you to make assumptions about a potential candidate and make decisions based on those assumptions. Thus, it increases the chances that a company will rule out potentially ideal candidates and hire the wrong people instead.

The origins of the horn effect

Years later, researchers Nisbett and Wilson from the University of Michigan divided 118 students into two groups. Then, they showed each group a different video of the same professor. In one video, the professor seemed kind, while he seemed rude and authoritarian in the other.

After the viewing, researchers instructed the students to describe the professor. Interestingly enough, the students who saw the video of the “kind” professor described him as an attractive man. The other group, however, said he had an unpleasant appearance.

This interesting experiment shows how your perception of another person affects your judgment to an unexpected level. Another interesting thing about the horn effect is that once you’ve attributed a trait to someone, it’s very difficult to change your mind about them. If the first things you notice about someone are positive, it’s easier to ignore all their negative aspects, and vice-versa.

The horn effect during the hiring process

As we said above, one single prejudice can make you believe a person has a whole set of additional negative qualities. This is dangerous during the hiring process for obvious reasons. If the interviewer has a bad first impression of a candidate, they might write them off and choose someone who isn’t right for the job instead,

How to avoid the horn effect

If you want to avoid the horn effect during the hiring process, follow these suggestions:

These ideas should help you be more aware of the horn effect in your day-to-day life as well as during the hiring process. That way, you’ll be more objective when you’re recruiting and your company will also benefit in the long-term by having more qualified candidates.

You can also use this knowledge in your favor if you are the candidate for an open position. Try to answer questions in a way that highlights your achievements and your best qualities.

In your personal life, being aware of the horn effect can help you avoid prejudice when you meet new people. Choosing to be more open and objective can lead you to build many new relationships.

3 Ways to Control Your Prejudices
We all have prejudices. Prejudices are positive or negative attitudes towards groups of people or members of specific groups. Read more »
Link copied!
Interesting Articles
Human Relationships
Five Keys to Giving Emotional Support

Human Relationships
Prosocial Behaviors: Do You Help Others Out of Empathy or Anxiety?

Carrying out prosocial behaviors (helping a family member, a friend, or a stranger on the street) can make you feel…