Mulan: A Great Example For Women 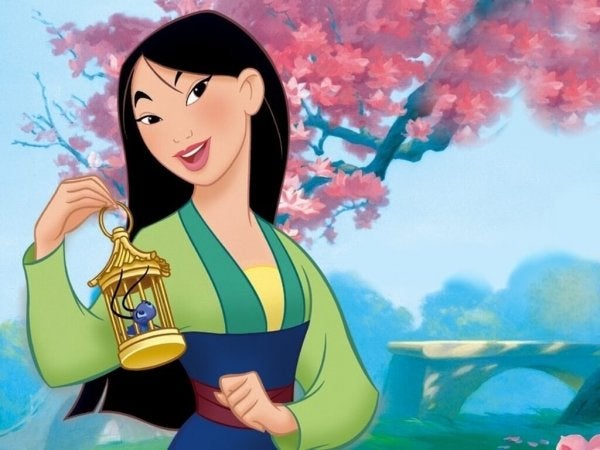 Mulan is a 1998 Disney movie inspired by the Chinese legend of Hua Mulan. The film was critically acclaimed and was also a success at the box office. Over the years it has become a true classic.

Fa Mulan is the only daughter of Fa Zhou, a ex-soldier in ill health. Mulan has to go to a matchmaking ceremony to honor her family. Everyone is nervous about the prospect of going to the ceremony, as women of her time anxiously awaited being matched with good husband and honoring their family through it.

Family values ​​and the role of women as good housewives are deeply rooted in their society and there will be a lot of pressure on Mulan. She doesn’t feel ready; she has other hopes and aspirations. It’s all heading for disaster and Mulan feels guilty for dishonoring the family and not fitting into society.

At the same time, the Chinese army has waged a war against the Huns. The emperor asks one man from each family to go and fight in the war. In the Mulan family, the only man is her father. He, therefore, should go and serve the country.

Mulan opposes this idea and knows that there is no way he would come back alive since he is already sick. Mulan makes a radical decision. She will disguise herself as a man, leave her home, and enter the army.

Honor and duty in Mulan

The values ​​of the traditional family say that the man is the hero and the woman is relegated to second place. These rules are firmly established, but Mulan doesn’t seem to fit completely into them.

In her visit to the matchmaking ceremony, we see the young women following all the rules and looking very excited to find a husband.  Mulan, on the other hand, gets ready at the last minute and writes out a “cheat sheet” to remember what she has to say.

She really doesn’t know what she’s supposed to do. Mulan knows that she must honor her family and really does want to bring honor to her parents. However, when everything goes wrong at the matchmaking ceremony, she starts to reconsider what her real duties should be.

In the end, she breaks all the rules. She breaks tradition and goes to serve in the army in her father’s place. She doesn’t just do it for her father; she also does it for herself. Mulan has to find her place in society. She also has to prove to herself that she has worth and value and is more than just a model wife.

The symbolism of the sword

When Mulan decides to dress up as a man, something very symbolic happens. She cuts his hair with her father’s sword. It would be easy to overlook this little detail. We could just assume it is part of  Mulan’s transition, change and the beginning of a new adventure. There is, however, something else behind it all. Both the hair and the sword are loaded with symbolic connotations.

If we think of mythology, we’ll see that the sword has always been linked to honor. The sword is connected to “the man.” It represents victory, personal growth and honor in battle. Every great knight has his sword with which he has won battles. The sword that Mulan uses is her father’s sword. This is the sword that he brought honor to the Fa family with. She takes the sword and cuts her own hair with it.

The symbolism of hair

Hair also harbors a certain symbolism related to honor. Think of Samson; his hair symbolized his strength and honor. In addition, long hair is associated with femininity.

As in the Cantar de Mio Cid, El Cid’s beard was a reflection of his honor and the more battles he won the more his beard grew. That’s why the emperor in Mulan has such an impressive white beard. It is a symbol of the wisdom and great honor that he possesses, thus he has the longest beard in the community.

Mulan is now a failure. She has dishonored her family and herself. That’s why she cuts her hair and does it with the sword that was once her father’s object of honor. When she eventually returned from her service in the army, having saved China, Mulan gives her father the sword and the other objects that the emperor has given her. Thus she returns  honor to her family.

As we’ve seen, Mulan is a totally atypical female character and never seen before in Disney. She is a rebel, a woman who defies the rules. She shows us that any of us can do whatever we set out to do. No man is worth more than any woman.

When the emperor asks for the people’s help, he only asks for one man from each family. He stipulated that this man could not be replaced by a woman, even if his health is weak. Mulan considers this unfair. She is young and can serve China better than her father in his current condition. He would never be able to survive due to his bad health.

For Mulan, things are not easy at first . However, she soon manages to overcome these obstacles and gain respect and recognition from the other soldiers. Then they discover that she is a woman. Some just can’t accept it, even though she saved them and has proven herself to be a good warrior.

A woman in a man’s world

There are several moments in the film that show how difficult it is to be a woman in a man’s world. Many men don’t listen to women and even tell them to “hold their tongue in the presence of a man”. They say that “they will never be worth anything here because they are women”.

Despite the adversities, Mulan turns out to be a heroine. She breaks all of the stereotypes and saves her country, showing that she is no less a person because she is a woman. We see a before and after in her. The young carefree Mulan we saw at the beginning has disappeared. She has now proven herself to be a strong and courageous woman, just like any man.

“A feminist is anyone who recognizes equality and full humanity in both women and men.”

She was probably not aware of how serious war was until she arrived at the camp and found no survivors. There, she finds a doll she had lost, a doll that symbolized the feminine and childish side that she had left behind. That encounter with the doll is an encounter with herself, with her true self. It also marks the end of innocence and a step towards maturity.

Mulan is not a princess, and the movie doesn’t talk about her beauty. She is far from being the typical Disney princess. She represents a normal woman with hopes and dreams. A woman who wanted to overcome and show that she wasn’t in any way inferior to men.

5 Movies that Will Teach You Something about Yourself
art form where humanity confronts itself. Is there anything better than enjoying movies that teach you something about yourself that you didn't know before? Read more »
Link copied!
Interesting Articles
Cinema, Television, and Psychology
4 Films That Will Touch Your Heart

Cinema, Television, and Psychology
Beauty And The Beast - Bringing A Classic Up To Date