Is Monogamy More of an Ideal Than a Reality? 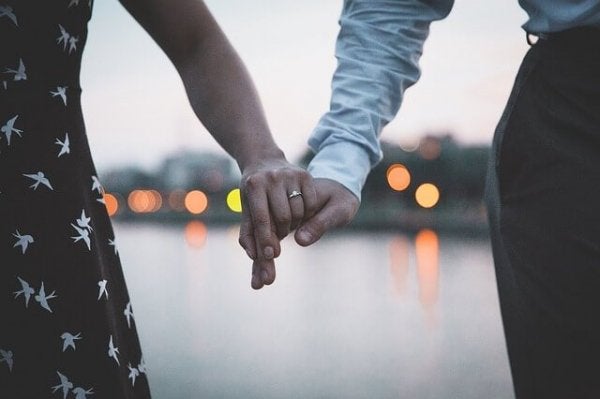 Even in seemingly monogamous societies, infidelity is common. In the animal kingdom, monogamy is very much the exception and not the rule. There are a few who remain faithful, but the reasons why they do so are far from romantic. Understanding why monogamy doesn’t work for animals can offer insight into human relationships.

Despite countless poems, songs, novels, operas, dramas, myths, and legends about romantic love, very few scientists have given the subject the attention it deserves.

However, scientists at the University of Cambridge managed to decipher what makes mammals adopt monogamy as a breeding strategy. These scientists discovered that sexual monogamy does seem to be more of an ideal than a reality. Let’s delve deeper.

“The monogamy of many men is based on laziness, that of many women, in habit.”

Genetic and psychological factors of monogamy

Monogamy is a concept that means a man or woman can only have one sexual partner at a time. In fact, humans are one of the few species that practice monogamy. However, most of the time it doesn’t work.

Not everyone is unfaithful but, according to Professor Tim Spencer’s studies, we’re genetically designed to be. This is the most important factor related to infidelity: 40% of infidelities are caused by genetics.

Spencer studied 1,600 pairs of twins and discovered that infidelity is heavily influenced by genetics. Therefore, the logical conclusion is that this behavior persists because, in an evolutionary sense, it’s advantageous.

As far as psychological factors that influence fidelity, we can look at emotional, personal, and sexual satisfaction. A person who enjoys routine and established patterns will have fewer impulses to cheat. This, combined with high levels of serotonin, make fidelity the most pleasurable option. On the other hand, people who seek more intense sensations and have lower serotonin and dopamine levels are more prone to infidelity.

A study by professors Steven Gangestad, Randy Thornhill, and Christine Garver from the University of New Mexico showed that women are more sexually active a few days before and during ovulation. This isn’t a problem as long as the sexual interest is towards their partners. However, the results of the study show that women show a greater sexual interest towards other men, not their partner, when they’re fertile.

According to recent studies, mammals are likely to be socially but not sexually monogamous. However, there are exceptions. We have already determined that monogamy depends on psychological and genetic factors.

Social monogamy is pretending to have only one partner while actually being unfaithful behind that person’s back. According to some authors, this is the best reproductive strategy. It allows you to pass your genes on to the next generation and have someone there to raise the children.

A recent study published in the Journal of Couple and Relationship Therapy asserts that between 45 and 55% of women are unfaithful. According to Janis Springs, sexologist and author of After the Affair: Healing the Pain and Rebuilding Trust, infidelity affects almost a third of couples. On average, infidelity statistics show that 60% of all men are unfaithful and that 40% of women are as well.

This shows that at least one partner has cheated in 80% of marriages. When you look at it this way, sexual monogamy is more of an ideal than a reality. However, social monogamy is the prevalent model for child rearing in Western society. What’s your take on this?

Emotional Infidelity
Emotional infidelity can actually be more harmful than physical infidelity. Find out how to tell if your partner is cheating emotionally in this artilce! Read more »
Link copied!
Interesting Articles
Culture
Vipassana Meditation: The Technique of Mental Purification