It's not the same to do a life partner selection out of desire. Freely and without fear of being alone. Marcelo Ceberio, a psychologist, talks about it in this article. 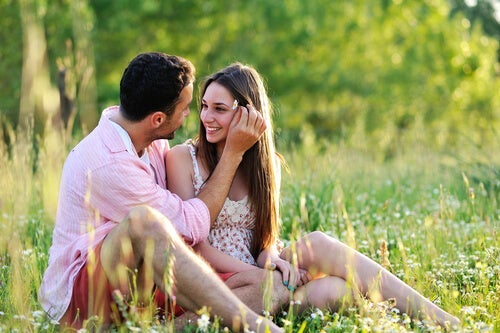 When thinking about your life partner selection, you must be open to “seeking with the intention of finding”. Although obvious, many people do just the opposite, either out of fear or immaturity or an unwillingness to commit. Also, there are many other reasons why a person might boycott such attempts.

Thus, it’s important to choose from personal desire and not from the need to have someone. This is because the latter is just the fear of being alone. People become desperate and indiscriminately search for a person who can fill their void.

Personal loneliness seems to be the reason why people seek to find a partner. Loneliness is usually associated with feelings of devaluation, unwantedness, segregation, lack of acceptance, marginalization, rejection, and abandonment. Also, it’s related to sadness, anguish, and depression.

You can see this way of thinking throughout history. Beginning with the biblical precept that says “it’s not good for man to be alone”. As you can see, loneliness is socially frowned upon.

Of course, who would want to be in such a state when loneliness has so many negative attributions? The thing is, there’s no absolute loneliness. You can feel alone even when you’re in the company of someone else.

Loneliness within a relationship

One of the most difficult types of solitude is the longing for someone. This is because it creates and removes unmet childhood emotional needs.

Then, there’s also the influence of your environment. This is because, as the years go by, it continues to remind you that you’re not in a relationship. In other words, that you don’t have a family and children and many other things you’re supposed to have. Thus, in the end, everyone around you makes you feel useless. Even more so if most members of your group of friends are already married or expecting a baby. This is because they act as a mirror that shows you what you should want and don’t have.

This whole situation increases the tragic image of loneliness. Also, it affects your self-esteem because it confronts you with your perceived faults. A feeling that there’s something you don’t have, an outstanding debt. Then, you become desperate. It becomes unbearable and, in the end, you try to flee from loneliness.

What happens then is that…

As you try to end this loneliness, you find another person to fill that void. The loneliness within yourself, mainly. This lack of discrimination entails the link to ghosts. They’re the product of ideal projections, where the other person is not “the one”, merely a recipient of the needs that you project.

Thus, such a need reveals something you lack. Because at this point, not having a partner doesn’t imply you’re lacking something specific. In general, people establish dependent relationships because they can’t stand living with themselves. Thus, they seek feedback references from their partners. In the end, in order to confront their feelings of loneliness, they try to fill their personal devaluation with the recognition of another.

You must keep in mind that needs lead to anxiety and translate into outbursts of actions. Thus, the fear of loneliness, lack of recognition, and devaluation might lead you to build toxic relationships.

Life partner selection out of a need

When someone selects a person out of a need, they make a desperate move. In it, the protagonist is in a lower position because they place the other up on a pedestal and seek their approval. This is a bad love game and leads to conjugal alienation.

Situations of desperate selections become self-fulfilling prophecies. The loner wants to end their solitude so badly they end up alone again. This is because these sorts of relationships have an expiring date that further increases a person’s feelings of loneliness.

The other kind of loneliness

However, there’s another version of loneliness. This one is rooted in the kind of healthy self-esteem that allows you to be well and enjoy yourself.

Thus, a person with this kind of self-esteem is interdependent. Not having a partner turns them into someone who wishes to share their valuable time with another. They’re not stressed by anxiety and don’t despair because they enjoy and value themselves.

This enjoyment means you value your time and space and truly think twice before accepting an invitation and before involving anyone in your personal time. This is because, when you’re in good terms with yourself, you enjoy your personal time and truly, truly value it. Thus, you become selective because you don’t want to waste their time. It’s not about going into this territory as an act of defense but spontaneously.

After all, loneliness is the best partnership, an essential condition for partnering with anyone.

Thus, if you’re trying to find a partner, then you must have a good rapport with yourself as this is essential for your well-being.

Life partner selection out of a desire

Choosing a person out of desire gives you the possibility of discriminating against the object of your affection. You can see both their virtues and defects. These are neither virtuous nor defective in themselves but only for the purpose of a relationship with a specific person. That is, they’re personal, subjective attributions.

Thus, choosing out of desire implies the acceptance of loneliness. If you’re well with yourself when you’re by yourself, then you’ll make good choices when it comes to sharing your valuable time.

It’s clear, then, that the acceptance and enjoyment of loneliness is a good starting point for life partner selection. And it’s also the possibility of being cautious when doing so.

But extreme caution can also lead to a defensive position in which you might be a bit too selective in your search. In fact, it isn’t hard to move from defense to phobia and end up lonely.

It may sound judgmental or almost a categorical imperative. But if you’re after a catastrophic partnership and diving into bad love games, then make your selection out of need. It’s not the same to wish to have a lover than to desperately need one. A longing person isn’t the same as a needy person.

Take this analogy. The need is sitting at a restaurant after three days without eating. Despair leads you to eat whatever they put in front of you. But if you eat a snack and then go to this restaurant, you carefully review the menu and select what you like the most.

Feeling good about yourself and your loneliness isn’t exactly an indicator of a correct choice, but it does suggest that you’ll enter a relationship freely and without urgency. It’s establishing a choice from a relational symmetry and not from a desperate attitude that’ll make you a target of manipulation.

Life partner selection involves the choice of finding someone in which to deposit your affection but in two personal attributions. Either you only see their virtues and idealize them or you carefully analyze them and consider both their virtues and defects.

However, let’s clarify that idealization corresponds to the first period of any relationship.  Ratification is only possible in the next one even though it doesn’t always happen. This is because it implies seeing one another without filters.

This leads a person with deficiencies to project their voids into their search for a savior and an idealized being. What happens here is the needy only connects with those parts of another that match their needs. They only see what they want to see and trim the rest. Thus, they deny the parts they dislike and manufacture a set of virtues that aren’t there but shape their ideal person.

Someone who wishes to have a partner is more objective if their choice is subjective. They go into it whole and are more critical. They have more clarity about who someone is and they’re more authentic.

The person who acts from desire sees another completely; while the person acting from need only pays attention to what they idealize.

Obviously, in order to fall in love, the balance between virtues and defects must lean heavily on the former. This is a victory that’ll ensure a degree of success in any love affair. However, it isn’t strange for many people to insist on staying in a relationship even when their dislikes about that person prevail.

These are the ones who expect too much and then become disappointed when someone doesn’t respond the way they want them to. Thus, they easily state their discomfort in the interlocutor. People who “fall in love” with a ghost build relationships according to their personal needs.

These people are in pain and immerse themselves in the impossible task of trying to adapt another person to their preferences without consideration of who the object of their affection really is. In this case, they’re a person who feels constantly disqualified due to their partner’s outrageous demands to be someone they’re not.

As you can see, a “love” affair can lead to a relationship. This is the rite of passage from infatuation to true love and, thus, a mature relationship. One in which the lovers silently agree on their love for one another and are patient with each other’s flaws.

Russ Harris is part of a group of psychotherapists who subscribes to the acceptance and commitment therapy (ACT) approach. British…

Emotional dependence is created by a very intense and immature attachment to a specific person. That person is usually a…

The Romeo and Juliet effect is when parents oppose a relationship, the partners intensify the romantic feelings for each other.…