Learned helplessness is poison for our emotional state. It triggers a series of internal events that can completely destroy us. 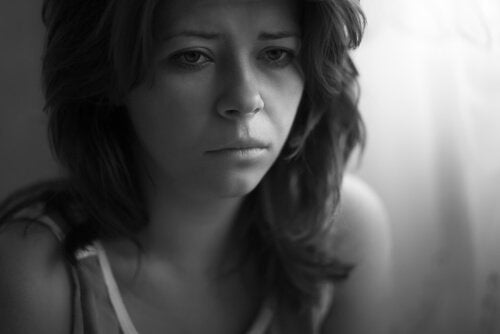 Learned helplessness is a relatively new concept in psychology. However, due to the fact that it’s been related to depression, it’s become quite popular. But what’s learned helplessness? Well, as its name suggests, it is indeed a learned behavior. Namely, it’s the belief of not having the necessary means to defend oneself. A person with learned helplessness believes that they don’t have enough tools or abilities to be competent in a particular area.

In the last paragraph, I went from ‘defend’ to ‘be competent’, although they’re not the same things. In fact, you may understand the ability to defend yourself as one of the many perceived competencies you can have. So why did I start with ‘defend’? Because it’s the context in which learned helplessness has been the most studied.

Let’s take a look at some of these origins. Overmier and Seligman were the first to study part of this concept. They focused their studies on the relationship between classical conditioning and operant conditioning. They realized that dogs were unable to learn a simple avoidance response after a specific condition. This condition was none other than shocking the dogs.

In the first phase of their experiment, the dogs learned that they had no control over the shocks. Thus, they started focusing on other elements. Why would they keep trying to escape if they had already learned that they couldn’t? In one of his most famous stories, Jorge Bucay picks up on this idea: how past learning conditions our current and future behaviors.

One of the advantages of learned helplessness is that it’s relatively simple to inoculate in people through ethically acceptable experiments. This has allowed scientists to study it in a controlled context. For example, suppose we give two groups of letters to two separate groups and ask them to make words. We know that they’ll have very different performances if one of the groups has faced the same task beforehand, and, due to its difficulty, wasn’t able to make any words.

In this case, there are no shocks and no aversive stimuli. Thus, a past experience can hinder a person when they’re facing a current challenge. If they didn’t have that past experience, they’d be able to face it. Going back to our example, people who had been trying to find a word in different lists for half an hour ended up learning that they were facing a challenge that they couldn’t overcome. Therefore, they started saving their energy and resources to use them in other tasks.

Consequently, they’re not able to find even the easiest words. In fact, they’ve given up on the task for some time and are in a position of helplessness.

On the other hand, you can also help the group that’s given up if you get them out of that position of helplessness. How? For example, by telling them that the exercise difficulty has decreased. You can also tell them that you’ve seen that the others groups have also had a slow start in finding the words. Thus, by leaving that position of helplessness, people will try to take control again.

Learned helplessness in the context of depression

Relatively speaking, many people give up when they’re depressed. For example, a person with depression could have stopped looking for a job after a few months or has stopped going out with friends after several negative social experiences. The person has stopped acting because they’ve seen and learned that they couldn’t change their situation. In other words, they’ve learned that the results of working hard are the same as standing still, doing nothing.

This experience has damaged their self-concept. They’ve begun to think that their lack of success has to do with one of their traits. They begin to believe that they’re not intelligent, not attractive, or not worthy enough. In addition to giving up, they’ve also started to feel bad about themselves. In other words, they have low self-esteem.

From that moment on, they’ve also begun to lose natural reinforcers. They no longer feel motivated to do anything. Likewise, they feel that the burden they’re carrying is too great and that the lights are going out. Thus, the person begins to feel that there’s only one way out: simply doing nothing. The problem is that doing so only leads to an internal dialogue that buries them more and more in their despair.

As you can see, learned helplessness doesn’t affect your state of mind immediately. However, it’s the poison that attacks your organs and your mental pillars, eventually making them collapse. And as a consequence, you sink like an anchor. Precisely due to the complexity of the factors involved and each person’s particular way of acting, it’s best to seek professional help if you suspect you might be suffering from depression.

Terrorism – When its Shadow Leads Us to Helplessness
Terrorism has not only had a direct effect on the victims. The emotional and psychological impact associated with the shadow of fear has reached us all. Read more »
Link copied!
Interesting Articles
Experiments
Basic Statistics Concepts