Do You Know What Bud-Sex Is?

Read all about bud-sex in this article! 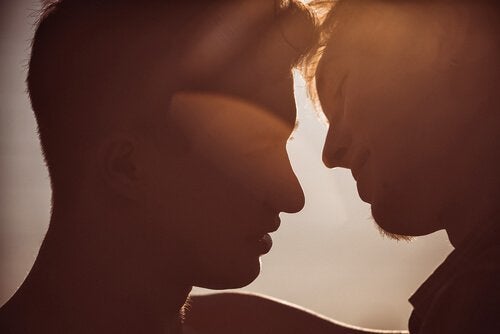 Bud-sex is a term that refers to sex between heterosexual men for mere pleasure. However, many consider that it’s impossible to practice bud-sex without being homosexual.

The controversy is that those who practice it defend their heterosexuality. In some cases, they even have a partner and children. They explain that they simply do it to satisfy their desires.

The phenomenon of bud-sex came to light as a result of a study by sociologist Tony Silva from Northwestern University. He analyzed this practice among white males from rural populations. From their testimonies, Silva was able to establish some characteristics of bud-sex. Likewise, he was also able to discover what it meant to the participants.

Tony Silva explained that his goal was to study bud-sex and relate it to multiple factors that affect sexual identities such as culture, social context, place, historical moment, and personal interpretations.

According to the data he obtained, the participants selected their partners based on masculinity, race, and sexual identity. This means that many of the men choose other ‘masculine’ men of their race who are heterosexual or secretly bisexual. Thus, they consider their sexual encounters heterosexual and masculine, despite the fact that they’re having sex with other men.

In bud-sex, there’s no romanticism. However, it’s true that the men who engage in it establish some sort of emotional bond because their relationship is based on friendship. In fact, they usually share hobbies, political views, women, and more. Thus, to them, sex is just an additional element in their relationship.

“The sexual act without love never bridges the gap between two human beings, except momentarily.”

Another characteristic of bud-sex is secrecy. Most of the study participants acknowledged that they needed to keep what they did a secret.

Most men who practice bud-sex are heterosexual, white, over 50 years old, and married with children. Furthermore, they’ve internalized heteronormativity and masculine rules for a long time. Most of them lived in a time when it was difficult to express any other type of sexual desire. Moreover, to them, masculinity means a lack of feminine characteristics based on gender stereotypes.

Despite the fact that they have sex with men, most of the men who practice bud-sex are homophobic. They even reject effeminate men.

In this regard, this homophobic attitude may stem from previous stereotyped thinking based on gender roles. They believe that feminine attributes are inferior and value masculine ones.

In conclusion, some men resort to bud-sex to express a sexual desire they were unable to satisfy. However, their morals and the norms they’ve internalized guide their actions. Thus, the way they practice it and the characteristics of their sexual partner allow them to reaffirm their beliefs.

The Many Types of Sexual Orientation
Sexuality and sexual orientation have become important topics of discussion. There are many different sexual orientations. Read more »
Link copied!
Interesting Articles
Stories and Reflections
The Myth of Hymen, the Greek God of Marriage

Oftentimes we think that being too impulsive or “telling it like it is” is negative. We think it makes us look…

Many Bruce Lee quotes have inspired millions of people around the world. Throughout his life, Bruce Lee wrote down his…