Irena Sendler was noted for rescuing thousands of Jewish children from the Warsaw ghetto. This is part of her history. Read on to learn more about her! 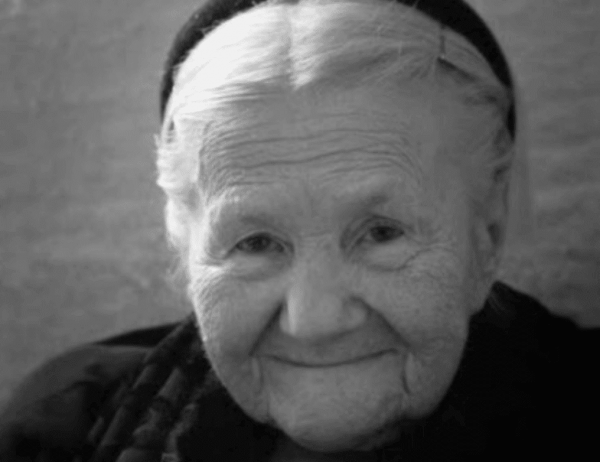 In the year 1939, Germany invaded Poland. During this time, Irena Sendler worked as a nurse in the Warsaw Department of Social Welfare. Sendler was discreet and courageous, as she saved the lives of more than 2,500 children during the armed conflict. However, it took many years for this fact to be known. However, things changed in the year 1999, when a group of students from the United States discovered this heroine while researching about the Holocaust.

No one knew about Irena Sendler’s story for almost half a century. Until then, she was unknown outside of Poland. Not even the media or historians of her country mentioned her name. In fact, according to some pieces of research, her work was erased from history books due to all the years of communist obscurantism.

Moreover, no one’s ever delved deep into her early life. However, it’s known that her father was a rural doctor who died when she was seven years old. Interestingly, he instilled in Irena the values ​​that led her to save thousands of human lives. You could say that she inherited her father’s great courage. In fact, she always kept in mind two rules that he always followed in his life. First of all, always help those who need it. Secondly, work for the good of the community. For this reason, this woman limited herself to fulfilling her work and helping those around her and was always discreet.

Irena Sendler was born in 1910 in Warsaw, Poland. Since she was very young, she felt sympathy for the Jewish population. Remember that, in the period prior to the outbreak of World War II, the Polish government oppressed them on a daily basis. When she began her nursing career, she led the case against the discrimination Jews were subjected to. As a result, she was expelled from the University of Warsaw for three years. Nonetheless, she managed to complete her studies.

The humanitarian work of Irena Sendler

In 1939, in the midst of the German invasion of Poland, Irena worked as a nurse in Warsaw. She was responsible for the community canteens. Day after day, she worked tirelessly to relieve the suffering of thousands of people. Thanks to her, these canteens provided food for orphans, the elderly, and the poor. In addition, they donated clothes, medicines, and money.

In 1942, in response to the Nazi ghetto in Warsaw, Sendler joined Zegota, which was a council to help the Jews.

The atrocities she faced every day stunned her. Because of everything that was going on around her, she proposed to Jewish families the possibility of taking their children out of the ghetto. Of course, she offered them her help because, in the end, her goal was for them to survive the genocide. Many of those mothers accepted Irena’s help with resignation, despite knowing that they’d never see their children again. This is how Sendler’s humanitarian work began.

For the evacuation of the children, she used any subterfuge within her reach. As a matter of fact, she managed to get many children out using garbage bags, coffins, ambulances, or by telling the authorities that they were sick with typhus.

In the span of a year and a half, more than 2,500 children disappeared from the ghetto. For this, Irena used accreditation from the Polish health office since the Germans didn’t dare supervise sick people out of fear of being infected.

Her heroism continued once she managed to get many of the children out of the ghetto. The wish that they could one day go back to their families was her main motivation. In order to do this, she created a file to record each child and the identity of the host families. Additionally, for more security, she wrote down all the data, put it in glass jars, and buried it in the garden.

It didn’t take long for the Nazis to learn about Irena’s altruistic activities. In October of 1943, the Gestapo detained her. Despite the torture, she never revealed the details of the children or the names of the people who were helping her. Eventually, they sentenced her to death. However, thanks to the help of a Nazi soldier, she was able to escape from prison. Although her name was included in the to-be-executed list, this wasn’t an obstacle for her to continue with her work, as she ended up adopting a false identity.

After this conflict, Irena Sendler turned over the list of names buried in the garden to the Salvage Committee of the surviving Jews. However, when attempts were made to release the children and get them back to their families, a large part of them had died in concentration camps. Thus, they looked for adoptive families for some of them and orphanages for others. These, as a result, were transferred to Palestine little by little.

After decades of no one knowing what she’d done, her photograph was finally published in the newspapers. Many people recognized her as the nurse who saved their lives. Irena Sendler received, among other recognitions, the most important awards in Poland: the Order of the White Eagle. In 2007, she was a candidate for the Nobel Peace Prize but didn’t get it. She passed away on May 12th, 2008, at the age of 98.

Sendler never thought she’d be honored for her altruism, enduring the torture of the Nazis, or spending decades harassed by the communist regime that followed the war. She didn’t care about recognition one bit. Helping others was always more important to her than any kind of award.

Malala Yousafzai: A Young Human Rights Advocate
Malala Yousafzai won the Nobel Peace Prize in 2014, at the age of 17. She stands out because she fights for the education of young girls.  Read more »
Link copied!
Interesting Articles
Biographies
Biography of an Enigmatic Woman: Emily Dickinson