Byung-Chul Han's work encourages people to stand against unlimited productivity, digitalization, and consensual slavery. These are contemporary realities that, according to this philosopher, affect us. 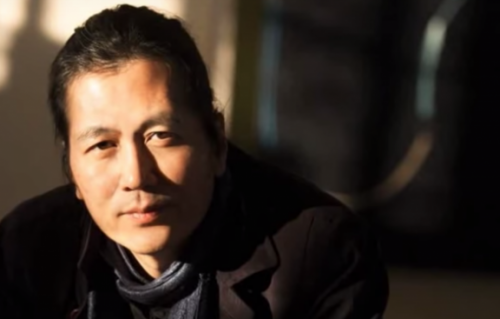 Byung-Chul Han’s philosophical work is very interesting. His concepts are definitely worth analyzing, especially because they allow us to reflect on the lifestyle people lead nowadays.

This South Korean philosopher and writer is also an expert on cultural studies and has become one of the most respected voices of contemporary thinking. His work focuses on the world we live in, including technology’s effects on our lifestyle, the culture of working too much, or the consequences of capitalism’s globalization.

“The society of laboring and achievement is not a free society. It generates new constraints. Ultimately, the dialectic of master and slave does not yield a society where everyone is free and capable of leisure, too. Rather, it leads to a society of work in which the master himself has become a laboring slave.”

Some of his remarkable works are The Burnout Society, The Agony of Eros, Topology of Violence, and Psychopolitics: Neoliberalism and New Technologies of Power. Some concepts stand out in these books, as they represent the way Byung-Chul Han sees the world.

Byung-Chul Han’s philosophy reflects on the way we work nowadays. To Byung-Chul Han, human beings are absentmindedly following a social mandate: to do as much as we can. Some time ago, people only did what they had to do. However, now we think we must be successful at any cost and we get anxious when we don’t succeed.

The worst part is that no one is forcing us to do this. Each one of us voluntarily surrendering to a regime of work and consumption.

Byung-Chul Han also stated that relationships have been replaced by connections. People now communicate via information sources that are scattered around the world.

He pointed out that real communication no longer exists due to the lack of physical presence. Now, there’s only an exchange of information. All our senses, except for sight, are no longer used as before. And that’s why there’s poor communication. Besides, now people seek only those who agree with them, those who would potentially ‘like’ their posts on social media.

3. The garden: One of the key concepts of Byung-Chul Han’s work

Byung-Chul Han is against what the digital world imposes. In his work, the garden concept is a wake-up call to start using our senses more. This South Korean philosopher talks about a “secret garden”, an exclusive place where you can get back in touch with reality, where the digital world doesn’t exist. According to him, staying in touch with the secret garden is a way of recovering what he calls “real beauty”.

In our society, we devote to the other, to what’s strange, to what isn’t ours. Everyone strives to be perfectly equal to one another. Trendy and ‘viral’ things are obvious manifestations of the desire to belong to a community where everyone thinks the same way.

Byung-Chul Han says that the more we think alike, the more we feel the need to be productive. He claims that diversity goes against the goals of neoliberalism. If we lived in a world where only some people used smartphones and others didn’t, it would be detrimental to the market. But that isn’t the case. Human beings are passive, so they’re either the customer or the producer.

Time is another critical element. Byung-Chul Han claims that we need to change the way we use time. We only care about working fast and working on insignificant things, about making things as fast as we can and letting them go as easily as they came into our life. It’s a strike against continuity and long-lasting, valuable things.

To Byung-Chul Han, it’s fundamental that we dedicate a bit of time to ourselves. We should take a few moments for ourselves to just do nothing or have fun.

Without a doubt, Byung-Chul Han’s work is enriching. The best part is that he practices what he preaches. All he wants is to strengthen his soul and his freedom.

A healthy work environment enhances satisfaction, well-being, and good relations among co-workers. However, this may not always be the case.…

Culture
The Anatomy of a Kiss

Although kissing is an everyday thing, it is still a bit of a puzzle. We don't know for sure what purpose it serves. Nor do we agree on whether it is…