Can Friendship Exist Between a Man and a Woman? 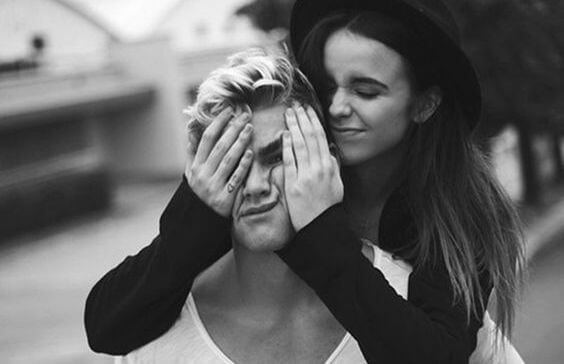 We all know movies like “When Harry Met Sally” or series like “Friends” that present the friendship between a man and a woman as something almost impossible, a simple transition period towards a relationship.

But reality is not a movie or a television series, and nowadays, in many areas of life, we men and women interact with one another under the same conditions, which is why platonic relationships between the two sexes seen every day.

“Friendship is more difficult and rarer than love, so we must save it as is.”

For many people, it is almost impossible for a man and a woman to be friends due to the psychological differences that exist between the two and because of sexual attraction, which is considered incompatible with friendship.

On the other hand, many have managed to be friends with people of the opposite sex and they maintain that these are more solid and lasting friendships given that each person brings the best of himself or herself and the differences are constructive.

The eternal dilemma of whether or not friendship between a man and a woman is possible was analyzed by several scientists at the University of Wisconsin-Eau Claire in the United States to find out what truth exists in this dilemma.

The study gathered 88 pairs of university students and asked them a series of questions, both privately and in the presence of the other person. The questions dealt with the romantic feelings they had or could have had towards the friend they came with to the study.

To have a broad view, a complete history was also taken of the interaction of each participant with people of the opposite sex, the circumstances in which the friends had met one another (work, school, mutual friends, etc.), how long the friendship had lasted, the emotions involved, etc.

The most surprising part of the results obtained from the study is that the perception of the relationship changes a lot based on gender. In other words, men and women judge the relationships they have with others based on very different parameters.

According to the study, men feel much greater attraction towards their friends and are more likely to think that their friends are attracted to them.

Women, on the other hand, generally find themselves at the opposite end of the spectrum as the men they are friends with, according to the study. The women feel little to no attraction to their male friends and assume that this lack of attraction is mutual.

The source of our way of thinking about friendship

Emma Renold, sociologist at the University of Cardiff and author of “Girls, Boys, and Junior Sexualities,” conducted a study to find out children’s and adolescents’ motivations in their daily behavior.

The general idea is that if you have a boyfriend or girlfriend, you win. Let us think about the fact that dating culture is so widespread that teenagers seem obligated to look for a partner at ever younger ages, when they are really discovering their own sexuality.

Teenagers are also largely influenced by their circle of friends and classmates, where having a boyfriend or girlfriend is considered a sign of status and popularity. Not having one can sometimes give rise to social stigma and certain marginalization.

In reality, it is not because there is a large influence from mass communication media and a constant bombardment of advertisements, but rather, behaviors relative to having a partner serve to reinforce the image that we offer to others, thereby giving us an image of power.

It is nevertheless essential to experience friendship with people of the opposite sex just as we experience and accept that of the same sex, in a healthy and honest way. It is important to go with the flow and enjoy our friends and all the good times that we spend with them, really appreciating everything that each one of them brings to our lives.

They say a picture is worth a thousand words, but words are priceless all on their own. There are words that…

Culture
The Polygraph: Is it Effective?

The polygraph, commonly known as the "lie detector" is an instrument that has its origins in the 20th century. Its…