Probability rules our lives - we use it every day without being aware of it. In this article, we discuss one of its most important theorems: Bayes' theorem. 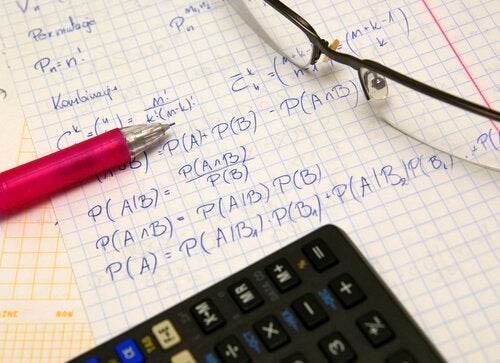 Bayes’ theorem is one of the pillars of probability. Its namesake comes from Thomas Bayes (1702 – 1761), who proposed the theory in the eighteenth century. But what exactly was the scientist trying to explain? According to the Meriam-Webster dictionary, probability is ‘the ratio of the number of outcomes in an exhaustive set of equally likely outcomes that produce a given event to the total number of possible outcomes’.

Many probability theories govern the world. For example, when you go to the doctor, they prescribe what’s most likely to cure you. Additionally, advertisers focus their campaigns on the people who are more likely to buy the product they’re promoting. Furthermore, you choose your daily commute by the route that’s more likely to take less time.

Let’s say that, in a random country, 39% of the citizens are women. We also know that 22% of women and 14% of men don’t have a job. So, what’s the probability P that a person chosen at random from the active population in this country is unemployed P (U)?

According to the theory of probability, this is how we’d express the probability:

Also, the stated problem gives us the conditional probabilities:

Therefore, by using the law of total probability, we get:

Now, suppose that you chose a random adult to fill out a form and you realized that they don’t have a job. In this case, and taking into account the previous example, what’s the probability that this person you chose at random is a woman [P (W | U)]?

Like any other theorem, we need a formula to calculate the probability:

Although it seems difficult, everything has an explanation:

Going back to the previous example, suppose that you chose a random adult to fill out a questionnaire and realized that they don’t have a job. What is the probability that this person is a woman [P (W | U)]?

Finally, we know that the probability of choosing a random, unemployed person is 0.17. So, if we apply Bayes’ theorem, the result we’ll get is 0.5 probability that a person chosen at random, out of all those who are unemployed, will be a woman.

We’ll conclude this article by referring to one of the most frequent confusions regarding probability. It can only range between 0 and 1. If the probability of an event is 0, then it’s impossible for it to happen. On the other hand, if the probability is 1, then it’ll happen for sure.

The Feynman Technique for Fast Learning
Today we're going to show you the Feynman technique. It's a simple, effective strategy for picking up knowledge more quickly and deeply. Keep reading to find out what it involves. Read more »
Link copied!
Interesting Articles
Biographies
Agatha Christie: Biography of the Lady of Crime

Dialogue is the main foundation of our relationships. It's how we get in touch with our society and our culture.…

Technopathology is a term that refers to mental, physical, and social disorders related to the abuse of technological devices. Let's…

Self-confidence or confidence in itself is not a static quality. Rather, it's a state of mind that requires some effort…