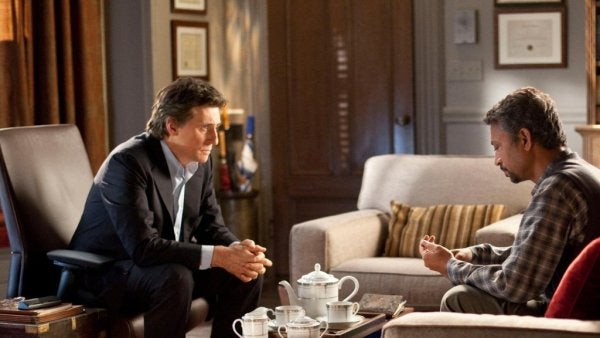 Who doesn’t like binge-watching a good TV show? Many of us have spent countless nights staying up to the wee hours of the morning watching the latest season of some addicting show. If you’re a fan of intriguing plots and interested in the world of psychology, then the following five TV shows should be next on your list.

The Sopranos: a psychological Godfather

If you still haven’t seen The Sopranos, you’re really missing out on what many consider one of the best TV shows in history! And don’t just take it from us — look at all the nominations and awards it got over the course of its 7 seasons.

The psychological intrigue behind this masterpiece comes from the double-life led by the protagonist, Tony Soprano.

Without giving away the plot, we can tell you that the New Jersey gangster is also a father who cares deeply about his family. While there are hundreds of movies and TV shows that feature main characters who live a lie in some way, The Sopranos stands out.

Add that to another one of the show’s best features: the conversations between the boss and his psychiatrist. The therapy sessions between Tony Soprano and Doctor Melfi are a true delight. Their conversations go so deep that they’ve made the show a true psychological gem. Without a doubt, this is one show that you can’t miss!

Continuing with the theme of double lives, the story of Walter White also has a humanizing background. The chemistry teacher is one of the most illustrative examples of the complexities of accepting illness and preparing for death.

Instead of drowning in the diagnosis of an illness that he doesn’t have the financial means to face, he radically changes his life. Not just his day-to-day routine, but his job, his role in the family, his communication with his wife, and just about everything else. And he does it all in secret!

The first season in particular is a master class in psychology. Stephen King himself rated it the best TV series in history.

If you’re a lover of criminal psychology, Dexter is the show for you! The main character is both a serial killer and the best forensic police officer in Miami.

It might seem cliché, but after watching the first few episodes and going deeper into his world, you’ll realize why Dexter is among the best psychological TV shows of all time. The plot and script are truly genius.

As the plot advances, you’ll begin to wonder whether he’s good or bad. You’ll ask yourself whether some of his behaviors can be justified, morally compromised though they might be. Most of the time, the show will make you take his side.

His rituals and methodologies, the influence of his childhood on his current personality, his way of loving, his code, his relationship with his coworkers… it’s all perfectly worked out and woven together. To sum up, this is an exquisite show where nothing is left to chance.

In Treatment: an open-hearted psychologist’s office

In Treatment is a masterful example of dialogue and does a wonderful job of showing how the human mind works. Based on the successful Israeli series of the same name, this is a show that will hook you from the very start.

It centers on the practice of psychoanalyst Paul Weston and his weekly sessions with his patients. There are 3 seasons, each with episodes that last only 20 minutes.

An HBO series, In Treatment handles big challenges gracefully. The writers knew how to use dialogue well and make it the principal, and almost sole, resource the show had to stand on. They were able to draw the viewer in from the very first minute of the first episode, without boring the audience with tedious conversations.

But the greatest challenge the show overcame was normalizing a situation you don’t usually see on screen. Not only does it portray therapy sessions, but it shows a psychologist seeking the professional help of another psychologist to work on his own emotional well-being. We highly recommend it!

Although it’s less well-known than the previous TV shows, this British series shows what it’s like to live with an eating disorder. Based on the book My Fat, Mad Teenage Diary by Rae Earl, it tells the story of a 16-year-old girl who is extremely overweight.

After spending some time at a psychiatric hospital, she focuses her efforts on hiding her mental problems and distorted body image.

Her 224-pound body makes it tremendously difficult for her to fit into society. She therefore focuses all her attention on hiding her past, surprising her new friends, and trying to live the most normal adolescent life she can.

We recommend this show because of the raw honesty it employs in the events and characters portrayed. It’s a mix of comedy, romance, and drama that goes far beyond teen clichés. It would be unthinkable to not include it on this list!

Film Therapy: The Benefits of Watching Movies
and Burque knew about this quote, but there's no doubt that these pioneers of film therapy and the Spanish novelist were somehow on the same wavelength. Read more »
Link copied!
Interesting Articles
Cinema, Television, and Psychology
Annie Hall - Neurosis and Comedy