Two Stories for the Soul 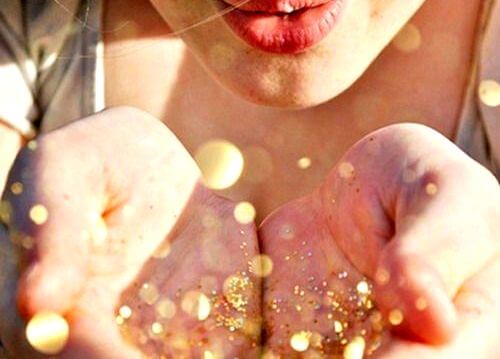 We often go through difficult situations in which we can find no consolation in the people around us. Full of doubts and with no support that we can turn to, we are drowned more and more by this problem. Did you know that sometimes stories can help you figure out the solution or feel better?

Stories can act as a lamp that sheds light on the problem, and also like a balm for our soul. Below, we are going to tell you two stories that might help you through tough times. Enjoy!

How much does a pen weigh?

“Kuri was one of the few inhabitants of the small region of Kamu. In winter, it got dark early and Kuri’s dark thoughts dawned with the dusk.

‘I can’t stand it anymore,’ he whispered as he took the path towards the monastery. Hard feelings, rage, guilt, and anger had accompanied him for quite some time, like inseparable travel partners.

‘What is worrying you?’ the monk asked when Kuri asked him for help.

‘I feel very tired recently. I think a lot, especially about the past.’

The monk immediately understood what was going on. He looked through the desk drawers and held out an old quill pen.

‘How much do you think this pen weighs?’ he asked.

Kuri thought for a moment.

Then the monk asked him to hold then pen for a while, extending his arm the way the monk’s had been, while he went to look for a book that would reveal the exact weight. He explained that, when he returned, he could change his answer if he thought it necessary. Kuri, though he did not understand what could make him change his mind, did not object, simply nodding his head in agreement.

After five minutes, Kuri thought that he would stick to his response, or, well, maybe he would add one more gram. After twenty, his arm was causing him considerable pain.

When the monk returned after half an hour, Kuri was just about to give up. ‘I can’t do it anymore,’ he whispered.

The monk sat down in front of him and, after gesturing for him to take a break, asked him again:

‘How much do you think this pen weighs?’

‘At first, I thought it barely weighed anything. Maybe three grams. After a while, its weight seemed to triple, and before you arrived, I had the feeling it was a piece of lead.’

‘My dear Kuri, negative emotions are like this pen: if you only feel them and let them go, they weigh practically nothing. However, if you hold them for a long time, you end up feeling them like a slab of concrete on your heart.’

Kuri quickly returned down the path home, light as a pen… or maybe even lighter.”

The first of these two stories teaches us that worry and negative emotions are detrimental to our mental and physical health if we let them invade our minds for too long. You have no reason to keep holding them. Get over hard feelings, forget old offenses. Allow yourself to let go of what is weighing down on you and recover the energy necessary to be happy. You deserve it!

“In those days, the drought had laid waste to the land and it was very difficult for the women to collect food for the community.

Abhigya, the oldest of the group, had located a mango tree on the border, which is why – despite the dangerous path leading there – she sent two young, courageous women, Abhaya and Agrata, to pick its fruit.

Abhaya, whose name means ‘fearless,’ walked forward, determined, strictly following the directions on the map. Agrata accompanied her without paying honor to her name, which means ‘taking the initiative.’

A few steps down the path, a tarantula bit Abhaya. Agrata helped her companion and, although she confirmed that it was not a fatal bite, she suggested that Abhaya go down a different path, as that one was filled with insects. ‘No, Agrata, this is the path to arrive to the tree; we have to follow it so that we can reach it,’ replied Abhaya, hiding the painful cramps that the bite was still causing her.

The young women continued their hike at a good pace until Abhaya brushed against a nettle. Agrata helped her companion, extracting oils from the same nettles and spreading them over her rash. ‘We are going to try another path, Abhaya, one without nettles,’ Agrata said once again. Abhaya refused, reminded her again that this was the route that would take them to the tree.

After a few other calamities and Abhaya’s stubbornness and determination to follow the map, they arrived at the mango tree. Abhaya was exhausted and badly injured. Agrata offered to carry the basket, with the condition that they return by another path. Abhaya, nearly powerless, accepted.

The journey back went without a hitch; the path that Agrata chose was welcoming, free of insects and nettles. When they finally delivered the basket of angos to Abhigya, she asked them:

‘What have you learned today?’

‘Stubbornness and stiffness can be dangerous,’ responded Abhaya.

‘Whoever drew the map had never gone to gather mangos from that tree,’ responded Agrata.”

The second story for the soul shows us how we sometimes make a great effort to obey without asking what is best for us. Sometimes we strictly follow the path that we believe is right, even though it might make us suffer, without allowing ourselves to consider other options or the advice of those who love us.

Being flexible and assertive, accepting that we have made a mistake, allowing ourselves to change our minds, trying new paths, accepting help and keeping in mind the advice of others can help us reach our goals without suffering. Try it out.