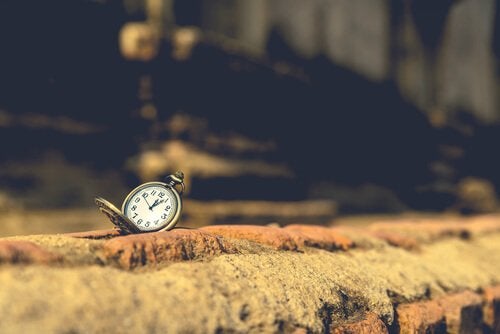 These Orhan Pamuk quotes echo through time. Surprisingly, this Turkish writer, a 2006 Nobel Prize in Literature winner, has a unique way of understanding the world.

He first studied architecture but later abandoned it for literature, even though his family was totally against this. Many of his quotes reflect how strong and independent he was.

“I am an anonymous defender of the unknown heroes who fought for their beliefs and suffered injustices in this secular and materialistic country. I respect human rights and I abhor violence, but I do not belong to any group.”

Writing books is a way of understanding life, Pamuk says. His novel The White Castle was critically acclaimed due to its sincerity and depth. Although you definitely should read all of his novels, Orhan Pamuk’s short quotes are brilliant and full of life. Here are some of them.

Like many great writers, love is one of the recurring themes in Orhan Pamuk’s novels. He has a very poignant, yet realistic interpretation of that feeling. This is an excerpt from one of his novels: “Tell me then, does love make one a fool or do only fools fall in love?”

Despite his skepticism, Pamuk also believes in love and redemption: “Later, we went to a cafe, reread the book, and talked to each other for hours. That was love.”

“Clocks and calendars do not exist to remind us of the Time we’ve forgotten but to regulate our relations with others and indeed all of society, and this is how we use them.”

Time is a human creation. The act of timing things is nothing more than a desire to control. Regulating time is regulating life. It’s the enforcement of power.

Time may be measured, regulated, and imposed, but it’s still mysterious. In another quote, he says: “In fact, no one recognizes the happiest moment of their lives as they are living it”. This means that we enjoy the moments after, not while living them.

This Turkish writer doesn’t really believe in happiness. He says that it’s imaginary or real only if it surfaces in the absence of intelligence: “Happiness and poverty can only coexist for the briefest time. Afterword either happiness coarsens the poet or the poem is so true it destroys his happiness”.

Here’s another quote that talks about happiness: “Any intelligent person knows that life is a beautiful thing and that the purpose of life is to be happy. But it seems only idiots are ever happy. How can we explain this?”. In this quote, he reiterates that happiness is imaginary and that only idiots are happy.

The world and its injustices

In one of his novels, Orhan Pamuk wrote: “Children were the first victims of immorality that led to the decadence of the great civilizations and the erosion of their memories”. This statement associates lack of morality with the absence of memory.

“There is injustice and bad people in the world. What’s important is to live in a way that protects man’s natural goodness”. This means that people should live to be good. We shouldn’t stray away from our true nature.

Pamuk has a collection of reflections that highlight the beauty of life. Here’s a quote about this: “When you have inner confidence, you do what your heart dictates and everything will be fine”.

This short selection of Orhan Pamuk quotes gives us a tiny glimpse into his novels. They have been translated into more than 20 languages and have gained international prominence.

7 Quotes About Love to Reflect On
“Love does not consist in gazing at each other, but in looking outward together in the same direction.” -Antoine de Saint-Exupery- Read more »
Link copied!
Interesting Articles
Philosophy and Psychology
Kantian Ethics and the Categorical Imperative

Culture
3 Types of Friendship, According to Aristotle