Have You Heard About These Neuron-Killing Habits?

Did you know that certain lifestyles involve neuron-killing habits that have a direct impact on your mental health? Continue reading to find out more about seven habits that are potentially harmful to your brain. 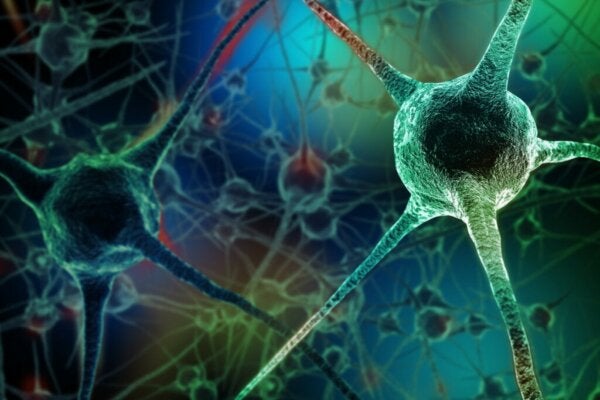 Did you know that certain routines and lifestyles are neuron-killing habits? The brain is the organ that allows the rest of the body to function. Thus, you must take care of it. A healthy life, which includes healthy habits, such as relaxing, exercising, eating, and sleeping well, can help prevent a lot of problems, including neuronal death.

Thus, both physical and mental exercises are important when it comes to caring for general and mental health. What habits must you avoid in order to protect your neurons? Today’s article will discuss seven of them.

As we mentioned above, taking care of the brain also takes care of your mind and improves your overall physical health. Certain habits kill neurons and weaken and damage the nervous system as a consequence. What are they? Well, they’re related to stress, poor sleep, lack of brain stimulation, etc.

This is one of the main habits that kill neurons. Stress is defined as a feeling of physical and emotional tension that consists, in turn, of a mechanism that activates when a person faces situations that exceed their personal resources. In other words, it appears when you’re overwhelmed.

This mechanism can kill neurons if it extends over a long time (chronic stress). This is because the organism releases a great amount of cortisol (the hormone of stress) when you’re stressed. This hormone is used to divert resources to the biological processes required to confront urgent situations.

But what happens when the body releases a lot of cortisol in a continuous manner? Well, neurons are left unattended and the immune system weakens.

Eating large amounts of sugar has also been linked to neuronal death (in addition to other health problems). This is because excess sugar slows the absorption of other nutrients and disrupts brain activities. As with everything, you must consume it responsibly. Contrary to popular belief, sugar is only harmful in excess.

Lack of stimulation is one of the neuron-killing habits

Monotony (be it physical, sensory, or cognitive, although the latter two in particular) are also habits that kill neurons.

In this respect, thinking is the best way to stimulate the brain. This includes mental exercises, studying, writing, reading a book, etc. These are activities that work your brain and prevent serious diseases.

Being continuously dehydrated is another habit that kills neurons. Thus, it’s important to quench your thirst as soon can. Why? Because the organism will start to extract water from the cells of the body and this increases the probability of destroying some of them (including neurons).

This toxic habit doesn’t just damage your health but can also destroy your brain cells. Tobacco is an addictive drug. In addition, it can permanently damage and even kill your neurons. This is also the case with many other drugs.

Breathing in contaminated environments not only damages the respiratory system but can also kill neurons. This is because the brain is one of the most resource-consuming organs. You absorb a significant amount of toxic particles when you breathe, especially in polluted environments.

These particles reach the brain (even though the blood-brain barrier protects you from some of them). This is why it’s good to get out of big cities from time to time (above all, to visit natural environments like the countryside).

Lack of sleep is one of the neuron-killing habits

Poor sleep is a neuron-killing habit. In fact, many studies found there’s a relationship between continued lack of sleep and neuronal death, as well as with the diminution of some parts of the brain (like the hippocampus, for example).

In the long term, these damages can prompt memory problems, difficulty concentrating, etc.

Taking care of your mind involves taking care of your brain. As you can see, the life you lead has a direct impact on brain health. The brain is connected to your reality and habits, and a healthy lifestyle can protect you from many ailments.

In this regard, many of the disorders that affect brain health have their origin in hereditary factors, age, or some kind of injury. However, habits such as those explained above can also influence this factor. This is because neurons need to function properly for your brain to do so as well.

Seven Ways to Grow New Neurons at Any Age
Lots of people think you lose neurons as you age and can never get them back. But that's not true! Learn some ways to grow new neurons in this article! Read more »
Link copied!
Interesting Articles
Brain
The Tip of The Tongue Phenomenon