Five Controversial Films at Their Release

There have been many controversial films in the history of cinema. However, some of them have been transformed into cult films that are worth a movie night. 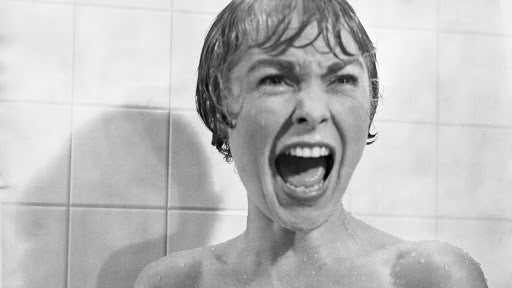 Some controversial films are controversial for a reason. Despite this, many of them persist in cultural memory and have become cult favorites. These are the type of films that mark an era, determine a new aesthetic, or create a moral scandal.

In this article, we’ll be talking about five controversial films. These productions contained the scariest sex scenes, the most gruesome violence, or the most obscene language. Or at least that’s how it seemed at that moment, when activists, religious followers, and cultural guardians were more easily alarmed.

Still, some of these films have won Academy Awards and are among the best, despite (or perhaps because of), their disputed nature. Now we must make something clear. We won’t be talking about crazy films such as A Serbian Film, Cannibal Holocaust, or Irreversible. We actually just want to recommend to you some films that have aged beautifully despite being controversial and somewhat “hated” at their release.

It’s safe to say that political and religious conservatives were shocked by this film, which shaped a mainstream gay/bisexual romance on screen. However, plenty of critics and the public praised it. Almost a quarter of a century after the similarly themed Making Love (1982), this Best-Film-nominated melodrama premiered. It tells the story of two young cowboys who went on an unexpected date while shepherding in 1963 and how their love affected their lives in the next three decades.

Although it’s seen as a “revolutionary” film for gay cinema, neither of the film’s two main actors, its director nor its writers were homosexual. When the producers announced the film, they never made any specific references to its homosexual background.

A hybrid of Natural Born Killers and Thelma & Louise, this drama about two women who suffered abuse and became vigilantes was banned in France. The controversy was great because of its censorship since the same violence is common in movies starring men.

Monty Python could make fun of the Queen without attracting enemies without an issue. But the moment they satirized an average Nazarene bum mistaken for the Messiah, they started getting death threats. Christian organizations complained that making fun of Jesus was a mortal sin. In reality, it was pretty ironic. In this work, Python was actually ridiculing religious fanatics.

Alfred Hitchcock’s Psycho (1960), one of the most controversial films of all time

This black-and-white work of art surprised those who were a fan of Hitchcock’s polished technicolor thrillers. The film also dared to kill star Janet Leigh in the first half.

This powerful and complex psychological thriller by Alfred Hitchcock was the “mother” of all modern horror and suspense films. It single-handedly ushered an era of inferior screen slashers with gory murders and shocking graphics.

Psycho also broke all movie conventions. In the first scene, it shows its female lead wearing nothing but underwear. It killed its main star, Janet Leigh, long before the movie ended. The murder scene in the shower is now a classic.

Moreover, Psycho is so complex that the viewer needs to use multiple visualizations in order to capture all of its nuances. No critics truly understood this film at its release. The audience felt the horror and suspense deep inside of them, considering that the story included taboo subjects such as cross-dressing, implicit incest, and necrophilia.

The Man with the Golden Arm (1955) by Otto Preminger

Frank Sinatra stars in this Otto Preminger film. It’s the first Hollywood film to ever describe heroin addiction. It was for sure a reason to panic for all moralists.

Lolita could still surprise anyone even 35 years after Kubrick’s mild adaptation. Director Adrian Lyne’s 1997 sensual and erotically charged version of Vladimir Nabokov’s novel about a 14-year-old “nymph” (Dominique Swain) and a teacher obsessed with her named Humbert Humbert (Jeremy Irons).

From the get-go, the fact that it talked about such a taboo and sensitive topic of juvenile sexuality and incestual pedophilia drew intense criticism. Extremist groups accused the film of promoting pedophilia.

However, when you truly analyze it, the film didn’t tolerate nor promote any sort of antisocial behavior, as it contained practically no female nudity (they used a body double in a short nighttime sex scene in low light), taking special care of this aspect throughout the entire shoot.

5 Films That Will Leave You Thinking for Days
Here are 5 movies that will leave you thinking. Next time you're in the mood for an inspiring or motivational film, any of these will make the cut. Read on! Read more »
Link copied!
Interesting Articles
Culture
5 Reasons Your Mind Won't Give You a Break

Traveling consists of moving from one place to another, either physically or with the help of technological resources or our…

Culture
Moralization Is a Type of Violence

Moralization is a form of psychological violence that usually goes unnoticed. Imposing values or principles onto others is in many…

Culture
The Revolt of the Comuneros: The Defeat of Freedom

Taxes are never voluntary, everyone knows that. There was a time in Spain when in order to approve them, the…

Culture
Traveling Makes You a Better Person and More Creative

Traveling is a way to break with the usual and enjoy a feeling of wellbeing that comes from exploring, discovery…