Sadly, from the 2011 terrorist attacks and WWI, the world has experienced numerous chaotic Black Swan events. Did you know that Lebanese scholar and writer Nassim Taleb predicted these events in his black swan theory? Read on to learn more. 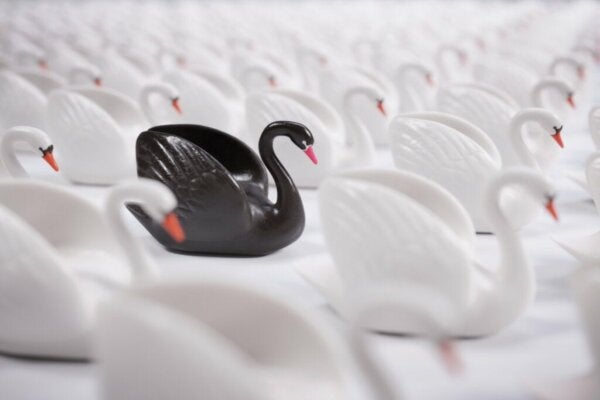 From the 2011 terrorist attacks to WWI, the universe has suffered a number of chaotic black swan events. Have you ever heard of this term before? Don’t worry. Today, we’ll be exploring the basics of the events and why they’re a particularly dangerous threat. Likewise, we’ll be discussing what we can do about them. By driving into intriguing concepts like this one, we’ll also explore resiliency.

Believe it or not, brilliant Lebanese writer and scholar Nassim Tableb predicted the events with his black swan theory. A black swan is an unpredictable event that’s beyond what’s normally expected of a situation. Most importantly, it’s potentially severe consequences. Black swan events are extremely rare with a severe impact. Plus, the widespread insistence they were obvious in hindsight.

Did you know that the oldest known reference to a metaphorical black swan dates way back to the 2nd century? Roman poet Juvenal, in his thrilling poem Satire VI, wrote, “A rare bird in the lands and very much like a swan”. In other words, back then, people didn’t believe that black swans existed. So, by drawing the comparison, he was implying that the “rare bird” didn’t exist either.

From this came the metaphorical black swan: something that’s so “rare” that it doesn’t exist. Later, in 1697, a team of Dutch explorers was the first ever to encounter black swans. In fact, these Europeans encountered them on the Western coast of modern-day Australia. But, by then, the metaphor had stuck. Bear in mind that, although a black swan is a rare unexpected event, it can be both positive or negative.

The history of the black swan theory

Taleb introduced the idea of the black swan theory as far back as 2001. Yet, it grabbed attention when he dedicated an entire book on the subject in 2007. Amazingly, this was before the world suffered a black swan event in the form of the 2008 financial crash. As we mentioned above, the term “black swan” refers to the story that Westerners believed all swans were white. Simply because that was all they had ever seen.

Crazy, isn’t it? Luckily, the world rubbished this belief when they discovered Australia and found the first black swan. The sighting of the first Black Swan might have been an interesting surprise for a few ornithologists. But that’s not exactly where the significance of the story lies. It truly illustrates a severe limitation to our learning from observations or experience. Secondly, it illustrates the fragility of our knowledge.

As you can see, one single observation can invalidate a general statement derived from millennia of confirmatory sightings of millions of white swans. “All you need is a single black swan,” Taleb wrote. The black swan theory suggests what you don’t know is far more important than what you do know. Therefore, you can use all your knowledge to prepare for what you believe to be every eventuality… only to be proven wrong by one black swan event.

What qualifies and doesn’t qualify as a black swan event

Today, the term morphed into a new modern definition, coined by Lebanese mathematician, scholar, and writer Nassim Nicholas Taleb. First in his 2001 book, Fooled by Randomness, then expanded in 2007’s The Black Swan. In fact, Taleb defines a black swan event as one that’s:

Besides, to be considered a black swan, all three of these qualities must be met. Some examples he gave include the rise of the Internet and the creation and adoption of the personal computer. He also mentioned World War I, the dissolution of the Soviet Union, and the September 11 terrorist attacks.

Despite Taleb’s strict definition, the term black swan lost some of its rigor. In fact, the world adopted it into the wider discourse of news, media, and business. Today, people use it to describe major events or crises that are merely unpredictable in timing but not truly unprecedented.

For example, some people called the horrible COVID-19 global pandemic a black swan event. Of course, its timing was certainly unexpected and unpredictable. However, many people had been trying to sound the alarm about such a pandemic for years. In the United States, the Obama administration created a working group to conduct research and publish reports. This research would help the federal government better prepare for such an event as recently as 2016.

By all accounts, a global pandemic wasn’t at all unprecedented nor unpredictable. It was wholly predictable. Therefore, it doesn’t qualify. As a matter of fact, Taleb himself wrote an article in March 2020 that mentioned it. According to Bloomberg Television, he was, “Irritated when the coronavirus pandemic is referred to as a black swan”.

What can we do with this information?

The events that are essentially certain to happen, even if we’re not sure when. Firstly, this includes a large number of crises we face on a daily basis. For instance, natural disasters, global pandemics, cyber attacks, and economic crises. Taleb also makes the point that what is and isn’t a black swan event solely depends on our perspective.

Therefore, the better we’re able to identify and mitigate our vulnerabilities as individuals, the fewer black swans we’ll encounter. When teams, organizations, and countries mitigate their weakness, they’ll also face fewer black swans. Do you want to learn more? Explore our blog for more information.

Interesting Facts About Motherhood
There are several interesting facts about motherhood that speak of the enormous dedication a woman requires to be a mother, it's a lifetime. Read more »
Link copied!
Interesting Articles
Theories
The Strauss-Howe Generational Theory